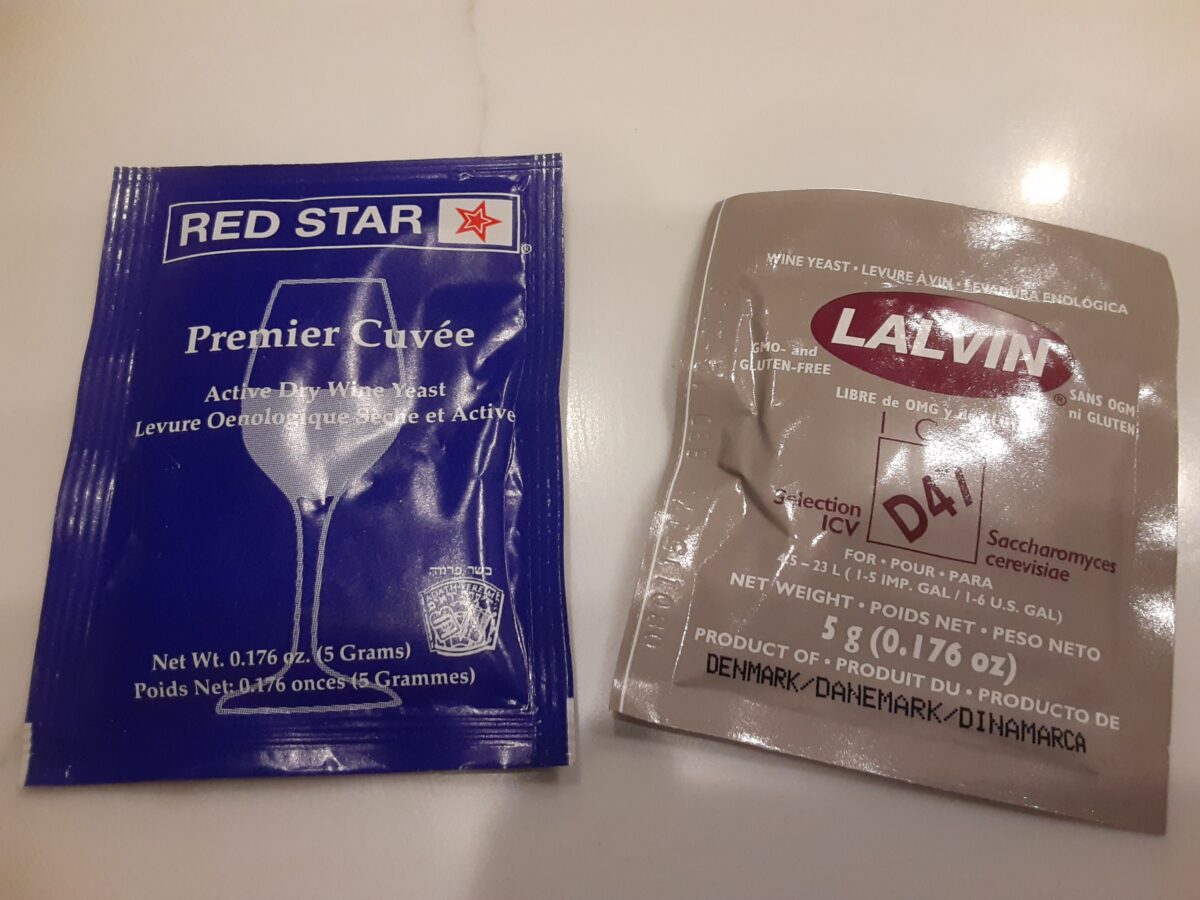 OK, use what you like may not be the best advice. Better advice would be to use what the consumer of your seltzer likes. It makes a difference.

Some general guidelines, though, are that you will want to use a yeast strain that is known for a fairly neutral flavor profile. In the photo below, both strains below are known for being fairly neutral. These strains are commonly used in meads and fruit wines, where you would not want yeast character to overpower the more subtle characters of the musts.

When I’ve made hard apple cider in the past, I learned quite a bit about my wife’s preferences. Yeasts considered neutral, like US-05, produced enough esters that my wife did not enjoy those ciders. She preferred the ciders I made by fermenting them with champagne yeast.

I agree that the end product tasted more like apples when fermented with the champagne yeast. However, as a beer lover, I did enjoy the extra esters from the ale yeasts.

In my opinion, the goal of making a hard seltzer is to make a base for other flavors to be added to. My wife’s preference for champagne yeast does seem like the logical route to me.

By producing a seltzer with minimal character, it gives you the flexibility to select your desired flavor without interference from the fermentation character. There are a few things that will help you reach that goal.

It is critical that everything you use to make your hard seltzer is properly cleaned and sanitized. Since your goal is a neutral background for your selected flavor, you do not want a wild yeast, bacteria, or flavors from your last batch of beer to corrupt your seltzer.

You’ll also want to make sure you boil the sugar and water to eliminated any risk of contamination.

You’ll want to give your yeast the best chance for producing a neutral product. Given that most recommendations for hard seltzer recommend using a neutral-flavored sugar, you will need to add the proper amount of yeast nutrient for your batch.

Keep your yeast from throwing off-flavors that can be produced if the yeast gets stressed.

You’ll want to make sure the fermentation temperature is stable and in the recommended range for that yeast. Too hot can produce fusel alcohols, which are not pleasant to drink, but too cold can stop the fermentation prematurely.

Even temperatures near the edges of the ideal range for your yeast can cause the yeast to produce more esters or phenols.

Making seltzer for friends and family who don’t like beer can be a great way to share your passion for brewing! Don’t be afraid to experiment and see what you and your group enjoy.

Let me know what works for you, or what doesn’t. 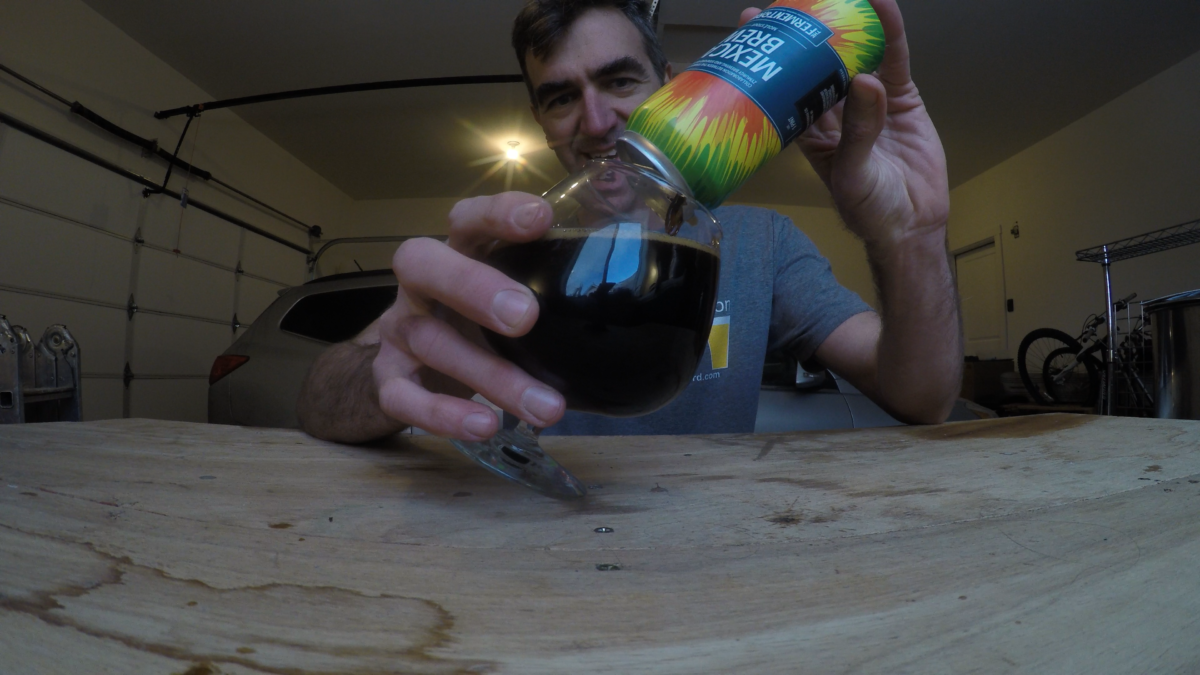 Look Before You Leap!

What’s in the glass?

During a trip back to Wisconsin over Christmas, I was able to pick up “MexiCali Brew” from Zymurgy Brewing in Menomonie, WI.

I discuss my thoughts about things to consider when you’re just getting in to the hobby of homebrewing. Most people just jump in and look for equipment they’re told they need, kind of like I did.

It is important that you think about what you want your homebrewing to be like. Not just the beer you make, but how it integrates into your life.

As I record this episode, it’s New Year’s Eve of 2020. Most people are excited to get this year behind us, and it would be easy to jump on that bandwagon. Transitioning from 2020 to 2021 is a time when I want to focus on things in my life I am thankful for.

I am thankful for my wife, her patience, and support.

I am thankful for my kids and seeing them pursue their interests.

I am thankful we made the decision to live in the mountains. It hasn’t always been easy, and there are challenges. But I’m thankful we’ve been able to use this opportunity to learn a lot about ourselves. 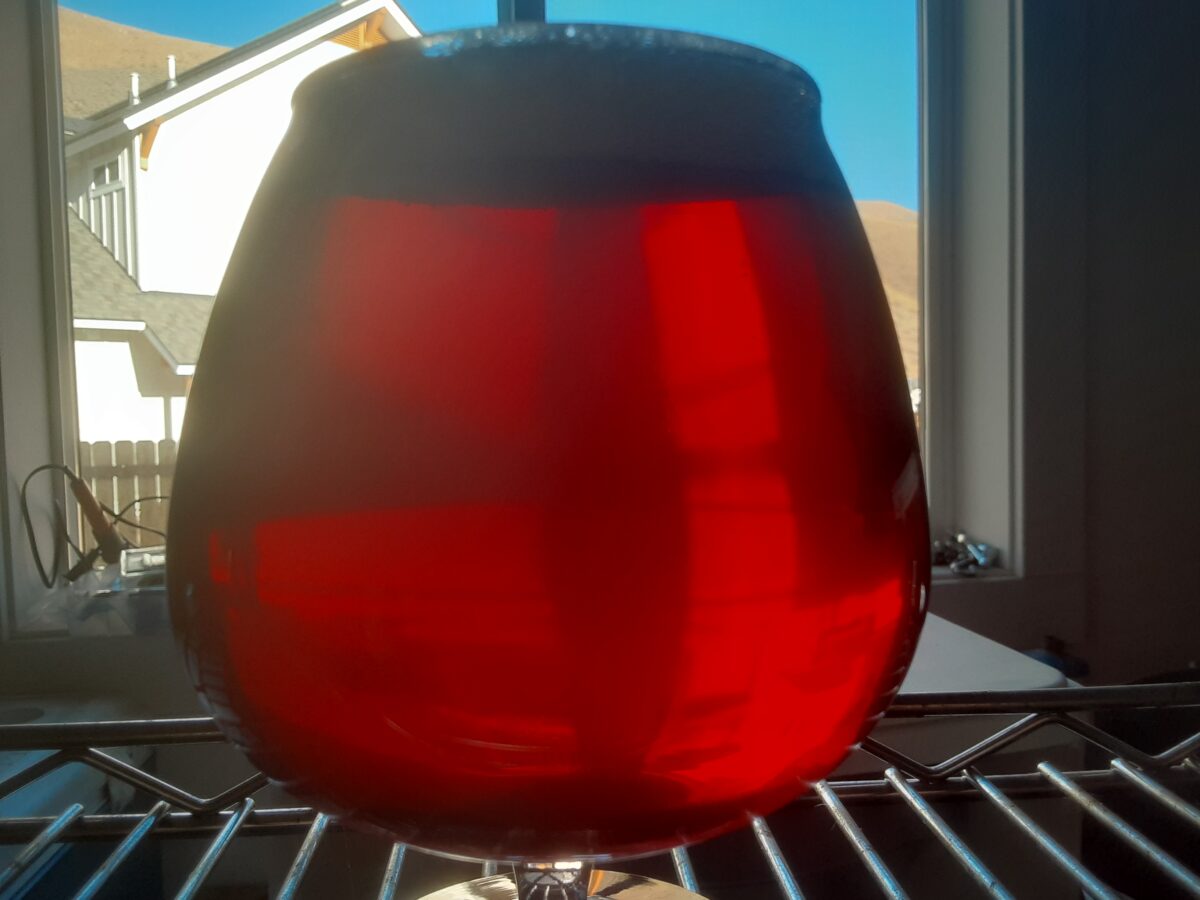 When you’re just getting started in homebrewing, and especially when you’re making good beer, you’ll start thinking about starting a brewery. Some people try to short circuit the process by just thinking they can sell their homebrewed beer.

The information below is what I’ve learned from talking to brewers and listening to lawyers discuss some of the issues. I am not a lawyer, and some of my knowledge may be out of date, so make sure you consult a lawyer if you are starting a brewery, and especially if you’ve run afoul of the law.

Under US law, you are allowed to make 100 gallons of beer or wine per person of legal drinking age in your household up to a maximum of 200 gallons per calendar year. It is also stipulated that the beverage is for personal consumption.

As of 2013, homebrewing is legal in all 50 states in the United States of America. Mississippi and Alabama became the last two states to legalize homebrewing.

The federal law is the most liberal of the laws relating to making beer and wine at home, with the 200 gallon maximum volume. Many states have a much smaller volume limit per year, and some states specifically limit the consumption of homemade beer and wine to the house where it was produced.

But What about Selling?

As with most alcohol production throughout human history, governments end up levying taxes on commercial alcohol producers. As soon as you start selling your product, the government wants their cut of the money. In historical contexts, some governments based their taxes on the size of the mash tun or kettle.

Currently, in the USA, federal taxes are levied based on the volume of beer produced and packaged for sale. In addition to the federal tax, most states also have an excise tax brewers must pay in order to sell their beer in that state.

Commercial breweries must be licensed by the federal government, specifically the Alcohol and Tobacco Tax and Trade Bureau (TTB). This happens before breweries can even seek state and local licensing.

Prior to filing for your TTB certificate, you will want to make sure the location you selected will allow your brewery to be in business there. There are many laws regarding proximity to schools and other certain areas. Additionally, your local community may have additional requirements, and may not allow breweries.

Once you’ve received your TTB permit, you will start working with state and local authorities to receive applicable permits.

Alcohol production is generally also subject to most of the food safety requirements for your state. Since people are consuming your product, it is treated like a special food product.

Your brewery will have to pass inspection with whatever department is in charge of breweries. Not every state treats breweries the same. Some use the department of agriculture to monitor breweries, but not all.

Most homes are not zoned in a way to allow commercial food production, including beer and wine.

There are clearly written regulations about how to report and pay taxes for your brewery. Taxes and their payment is one of the main ways you will get in trouble if you try to sell your homebrew.

Without meeting all of the regulatory requirements, and then also filing and paying taxes, you will get in to trouble with the government.

If you truly want to sell the beer you make, do not try to skirt the legal system. Follow the rules and do it right. It will be frustrating at times, but if you are determined to start a brewery, do it right.

I’ve heard stories about homebrewers that got caught playing a little too fast and loose with legalities. One problem is that if you get caught, the government is going to examine you more closely when you try to start a brewery legally. And in some cases, you could be barred from opening a brewery, depending on the severity of your offense.

And based on talks I’ve had with brewers, I’d recommend working in a commercial brewery before you try to start one. Commercial beer production is very different from homebrewing.

In my opinion, the bottom line is that you shouldn’t sell your homebrew. There’s too much risk and too little reward. Share it with friends, but don’t sell it unless you’ve gone through the process to be legal.