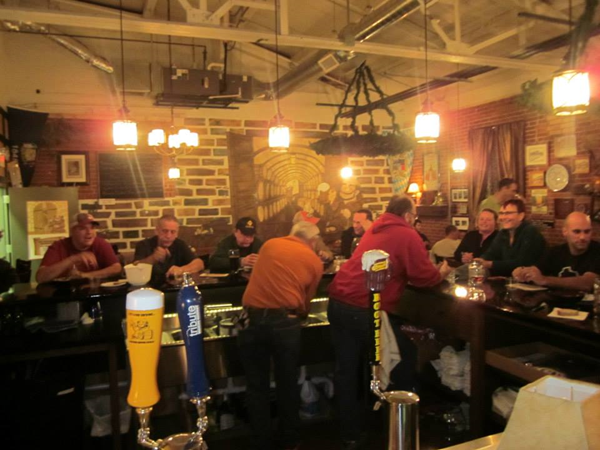 Waaaay back in 2015, I was asked to present at the inaugural Midwest Craft Brewers’ Conference at UW Stout. At the time, I was president of the local homebrew club in Menomonie, Wisconsin. Since I didn’t have commercial brewing experience, I chose to talk about Clarke’s law, which states:

When brewing was developed, the process wasn’t fully understood. Early humans knew that under certain circumstances, grain that was soaked in water produced bubbles and eventually that liquid made them feel nice.

There are some historians who argue that this discovery is what actually encouraged our hunter-gatherer ancestors to settle down and develop agriculture. This theory is met with some skepticism, but as a beer lover, I enjoy the thought that beer was important enough it changed the course of history.

But Magic is Unreliable

Magic, by its nature, is poorly understood at best. There are mysteries, and doing similar things can produce wildly different results. Even wizards in stories, who were the most familiar with the practice of magic always had a degree of uncertainty with the outcome of their magic use.

The people who changed the course of history couldn’t have been happy with inconsistent, unpredictable results.

The Opposite of Magic

I think that technology is the opposite of magic. It can be incredibly complex, and not fully understood by the average person. But to people who use the technology, it is reliable and functions within a certain set of rules.

So I think our early ancestors who became brewers worked to take brewing out of the realm of magic and turn it into technology. Farmers developed better types of grains and better practices for growing them.

Maltsters started to understand how to take those better grains and better prepare them for use in making this magical liquid.

And the brewers started to understand how to take those properly-prepared malts and produce better and more delicious beverages.

Over time, these groups of people harnessed a variety of magical concepts to improve the process of making beer and getting it to those who enjoyed it.

In my opinion, the most important magics are friendship and collaboration, where we get to gather together as brewers and talk about ideas for making better beer and better worlds. And as a community of brewing friends, we get to harness the magic of experimentation to learn from each other and bring people together.

Breweries and homebrew clubs have the opportunity to work together to expand everyone’s knowledge of brewing, and of beer. We can work together to make better beer and help others enjoy it.